Behind Closed Doors is being taken over by vampires once again. Josie and Stefan from Alexandra Anthony’s Vampire Destiny series have agreed to be interviewed by the author for today’s Saturday  Spotlight. Sit back and relax and let Alexandra pull a few secrets out of the two love birds. They won’t give away anything too juicy, but what they do share will curl your toes! ~Tammy

It’s an honor to be back at Behind Closed Doors once again. During my visit during the Saturday Spotlight, I’ll be introducing my fourth book in The Vampire Destiny Series, Ascend.

It’s been some time since I sat down with Stefan and Josephine to see how they’re adjusting to life and all of the changes that have happened since the first book, Fated.  In preparing for our spot here today, I opened up the floor to my readers and I’ll throw in a few of their questions today as well.

AA: Stefan and Josie, thanks for taking time to sit down and talk to me.

Stefan: *arches eyebrow* It is always a pleasure, Alexandra. It is the least I can do. I am your muse after all.

Josephine: Anytime. Even though I find it unfair that the story is told from my point of view and he’s your muse.

AA: I can see why that might be a little odd. So, tell me what’s happened since we last sat down and chatted. I think the last time was shortly after Illusion was released.

Stefan: Much has happened since Illusion. Josephine was almost murdered by

another vampire and I gained a new child. She also had moved to New York and agreed to live with me.

Josephine: There really was no choice since someone decided to permanently bond us. *fixes a pointed stare in Stefan’s direction*

AA: There was that issue. You seemed to handle it better than expected, Josie.

Josephine: I suppose finding the love of your life and learning that you’re a half vampire helps you put things in perspective.

Stefan: I think it my influence. I do like to keep her occupied.

AA: True. And Stefan, what is it like for you? Being single for almost 1,000 years must make settling down a bit…odd.

Stefan: *smiles crookedly and leans forward slightly* It would only be odd if it was not the ultimate goal. Josephine was much more…agreeable than I had anticipated.

Josephine: Agreeable?! *slaps Stefan lightly on the arm and snorts* I think Stefan had plenty of time to live as a bachelor. But we’ve agreed not to dwell on each other’s past.

AA: That’s right, Josie. We met one of your exes in Awakening. That didn’t go so well. How do you think you’d feel if you had to meet one of Stefan’s ex lovers?

Josephine: It didn’t go so well…at least for Aidan. And I can’t say I’d handle meeting one of Stefan’s exes well either. It’s bad enough knowing you’re with one of the most gorgeous men that every woman wants.

Stefan: Ah, but I only have eyes for you, vackra.

AA: Good save, Romeo. This is a question for both of you from one of my readers…do you ever wish you’d be able to have a child together?

Stefan: *glances at Josephine deviously* It is not wise to wish for something that can never be. And a child under foot would not give us the…freedom we have now.

Josephine: I never thought I’d be in the position to have a child, so it’s no loss. I’m not going to lie and say now that I’ve met my soul mate I wish there wasn’t a way to have a child that was as beautiful and strong as Stefan…and as stubborn as me. But as Stefan said, there is no reason to wish for something that can never be.

AA: In Awakening, a line in the sand was drawn with your father, Josie and Stefan nearly died in Book 3.  Any idea how you’ll resolve the situation with Kian?

Josephine: This may sound trite, but I think we’re at the point where we’re both waiting for the other to make the first (or wrong) move. We’re sort of in standby mode. Regardless, no one will win in the end.

AA: Another reader question. Stefan, Josie is becoming much more powerful. Does it bother you that she might possibly be the stronger one at some point?

Stefan: Josephine is growing stronger with immortality…her mental powers will grow as well. It is logical and expected for her to be stronger as far as her abilities go. With my experience and physical strength and her mental abilities, we will be a force to be reckoned with. But to answer the question, it does not bother me. It is fitting that I have a mate that is powerful in her own right.

Josephine: So one of these days I’ll get to save the day?

Stefan: *shakes head and grins* As long as I am around to protect you, it is highly unlikely.

AA: And I have another reader question for each of you. Josie, what was it like to adjust to having a brother? And Stefan, can you put into words how it feels after such a long journey to have at last bonded with you soul mate?

Josie: I’ll go first. It’s been a big adjustment. I’m used to being a bit of a loner…and I meet Stefan and suddenly I’m surrounded by vampires. Meeting Nikolaus was wonderful. Even though we missed out on growing up together, we’re linked together and we have a great bond.

Stefan: Meeting Josephine after so many years was simply a relief. I suddenly felt complete, as if the missing part of myself was back in its rightful place.

AA: One final question since I know you won’t give any spoilers away for Ascend. Can you at least share a little about the book and what happens?

Josephine: We’re off to look for Garrett’s journal in my childhood home in this book. We’re also a little on edge after the explosion in Book 3. Ascend is all about self-discovery and reliving the past. And the journey has just begun for us…there are many surprises around the corner for us in the next few books.

Stefan: And our story has just begun. We have much to discover about our past…and our future.

His lips tickled my ear. “It will work itself out, Josephine. I will not let you fail. You are stronger than you think.”

He always knew what to say. Twisting in his arms, my fingers caressed the planes of his face. I was still amazed as I took him in, so much more beautiful than my human eyes had ever been able to perceive. His deep-set sea blue eyes twinkled brightly, his prominently arched cheekbones standing out sharply only to taper to his strong, chiseled jawline. Light sandy blond stubble darkened his face, tickling my fingertips.

He captured my hand in his and brought them to his lips. His warm breath was ragged against my skin as he kissed each finger softly.

I closed my eyes as his mouth ghosted over my skin. “Your strength is the only thing holding me together right now. I feel so much more than before. It’s…”

“Overwhelming? Frustrating? I have been there before. It will get easier. You are hours old.” Stefan finished reassuringly. “Come.”

He tugged at my hand and led me into the kitchen. As soon as I stepped away from the window, my throat was on fire. The most alluring smell filled my nose, my mouth almost watering as I inhaled the intoxicating elixir. My mind began to shut down, instinct threatening to take over.

Blood. It was all my mind could think about. I wanted it…I needed it. I began to pull at Stefan’s hand, struggling weakly against the much stronger vampire.

The one time I thought I might be able to match him in physical strength and I still came up short. Figures.

“Enough. Focus.” His mental voice was sharp and was like a much-needed slap across the face. I stood with my mouth gaping, wide-eyed and cautious. He pulled me to a sudden stop and his hands rested heavily on my shoulders. My eyes skittered to his face. His expression was soft, a contradiction to his harsh mental command.

“I know it is difficult, Josephine. Your mind is fragmented and it is difficult to concentrate on the smallest of things. You must focus. Learn how to control your urges. Direct it as you do your shield.”

Nodding quickly, I remembered my old trick of pretending to bring a curtain down over my mind, instead directing it to my sense of smell. Once shielded from the temptation, my mind cleared and my mood settled. I licked my dry lips anxiously. “It’s much better. I’m ready.”

His lips curled into a proud smile as we resumed our trip to the kitchen, his hand firmly holding mine. I swallowed roughly as I noticed the large glass sitting on the counter, my fingers tightening around his. My sense of smell was closed, but my mouth still watered as I imagined the soothing liquid rushing over my parched throat. When our eyes met, his eyes were pitch black and I’m sure mine was as dark as his.

“Fuck,” he suddenly hissed, his eyes squeezing shut as he rocked back on his heels. His golden hair fell forward as his lips brushed across my cheek. “I vowed to be strong for you and keep my desire in check until you were ready. But I find watching you like this makes me want you, Josephine…in ways I can’t even articulate. You must feed first.”

The carnal cadence to his voice made me want to fall to my knees. I knew that tone, and despite the fact that we were literally unbreakable as immortals, I had a feeling that walking the next day was going to be difficult.

“A goal I would love to achieve,” he teased, shifting me until I was between him and the counter. “Drink,” he purred against my shoulder as his nose traced along my skin and up to my ear at the same time, his hands guided me closer to the cup filled with warm blood. 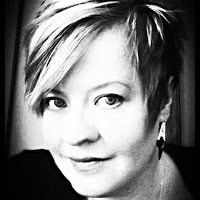 Other ways to find Alexandra Anthony