Hello my friends and welcome to Behind Closed Doors. Today is a special day around here. One of my alter egos is about to release her very first short story. It’s due out one week from today, September 6, 2013.  This week is the fun cover reveal along with a bit of information about the short story and the full novel it’s a companion to, sort of a teaser if you will.

Author Lia Michaels has spent the last year developing the story of two Native American men who just so happen to be eagle shifters.  Of course that’s not all. One of them is the legendary Great Thunderbird and the other is his Chosen Mate. Together, it’s foretold they’ll save their people.  Unfortunately, it takes quite some time for the soul mates to find each other and when they do, they’re plagued with old prejudices that just may keep them apart.  While one is accepted by his tribe for who and what he is, the other must hide his true nature for fear of being ostracized by his own family.

Here’s a bit about their story

Ethan Quaderer is the Great Thunderbird, the creature of Native American legend. He grew up knowing exactly who and what he was thanks to his grandfather. At a very young age, Ethan could merge with the bald eagles and soar with them high across the land. Eventually he would learn to shift completely from human to one of them…only larger and more powerful. His destiny as the Great Thunderbird was to find his soul mate and together they would save their people.

Abraham Tuttle didn’t grow up in a household where being different was acceptable. For years he hid the fact he was “berach” or Two Spirit. For many Native American tribes, being Two Spirit is considered a blessing. It’s actually a third gender classification, not male or female, but both. Two Spirits are often honored and revered, considered to be highly spiritual and often take on leadership roles within their tribes as healers.

Where Ethan’s spirituality and Two Spirit nature were embraced by his family, Abraham learned early on his would be shunned by his family and many others within his tribe. He kept his true self hidden and did his best to fit in, all the while dreaming of the Great Warrior who would someday rescue him from all of it. He dreamed of courting eagles night after night. Their majestic free fall toward the ground took his breath away each and every time. It was in those dreams the Warrior would come to him as the Great Thunderbird and claim him as his mate.

Forbidden Destiny is the companion short story that gives you a glimpse into Abraham and Ethan’s dreams and a bit of their future after they finally meet while in Army Ranger School.  While their entire story will be told in Call of the Thunderbird (Fearless Love), this portion of their tale is only shown here in the short story. The characters will mention it from time to time, eluding to their vivid dreams of each other and the courtship rituals they experience with the other raptors.    Lia wanted to give readers the opportunity to meet Abraham and Ethan now so that by the time December rolls around, they’ll want to know more. 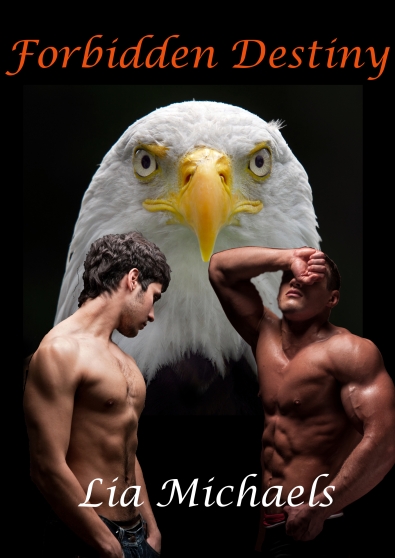 Available September 6th from ARe, Amazon, Smashwords and other major outlets.