Opening her eyes again as Miguel continued to kiss her neck and shoulders with a warm insistent mouth, she saw Gabriel had leaned forward a little, into the light, watching her, her reactions, the suggestion of her nakedness before him. Through the shadows she stared back, daring him to stop her, daring him not to want her.
New York journalist Stephanie Beauman goes undercover in Sydney Australia to investigate a corrupt business deal, taking a job as hostess for enigmatic businessman Gabriel de Romanos. Initially confident, and with groundsman Reno as her ally, she is drawn into a world of high-stakes business, wine, social excess and murder. As she accompanies de Romanos between Australia and Argentina, he and his suave rival Miguel involve her in their business and sexual games. Stephanie is forced to take increasing risks and finally to choose between her story and her own desire.
Want to learn more?  Click on the book cover above for a SCORCHING Adult excerpt! 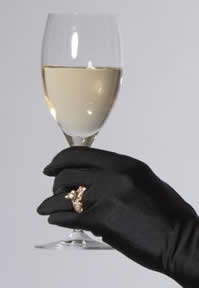 Simone Sinna is the pseudonym of an established nonfiction writer. In her erotic fiction she writes about what she likes to do in her spare time. Travel … Adventure travel.  Simone likes to push her limits. She has sung in a rock ‘n roll band – briefly, sky-dived – once, belly-danced in Egypt, back-packed to Machu Picchu, eaten strange things in China and scuba-dived around the world.  In the interests of research, she has tried many of the things that her favorite character, journalist Stephanie Beauman, has done. Travel gives her the chance to be someone else, and she takes full advantage of it.   She divides her time between New York, Melbourne and Paris – and anywhere else there’s a chance of an interesting encounter.
Let’s check in with her and see how her day is going.

Great. Woke again because Pirate is on my face. As an erotic fiction writer this should be Johnny Depp and the day would be off to a great start. But it’s not. Pirate is a black Persian exotic – the sort bred to have a flat face, but it got so flat that one of his teeth no longer fits in his mouth. So the goofy pirate from the Caribbean saga, not Johnny. He gets lonely, and then hungry and whilst he knows to steer well clear of my husband’s side of the bed I have yet to train him that my breath is not his personal heater or the effective button to the food bowl.

I’m running late (well I like to be early so I’m always running late, which means I get most places on time. This drives my husband nuts as we end up spending hours of our lives in airport lounges). My time pressure is going to get worse because I am having a ‘what am I going to wear’ moment. I have lots of these. Not because I don’t have anything to wear – when we built the house our architect whose entire possessions fitted into the back seat of a small Toyota had to re design the bedroom to put in extra wardrobes as the walk-in just wasn’t going to cut it. I usually need a gym workout to decide what the day’s feel is going to be – sexy elegant, bohemian, studied casual, or ‘I’m not going to leave the house so what the hell’ – but today I don’t have time.

None of these. Trying  a new look – kind of sexy bohemian. Tights and long top with clunky boots and a light long jacket that has ragged ends I picked up in Athens at a conference before the city started to disintegrate. More comfy for the flight – one side of Australia to the other (Sydney to Perth) which is pretty much the same as New York to LA.

Since my light bulb moment whilst I was walking the Camino St Jacques (also known as the Compostela or Pilgrim’s Way, through France and across Spain) when I decided that I didn’t want to work full time and was finally going to work on fiction writing (which I have been doing since I was 8, on and off) I have never been busier. I’d like to say this was because I am flying around Australia promoting my book but as blogs aren’t meant to be fiction I guess will stick to reality. I’m still working in the job I have been in for the last five years or so, just only two days a week. I’m an academic so I attend conferences (and write lots of nonfiction) and am on several committees which meet interstate. Now I just don’t have work paying for this. Great.

So when I was offered a talking tour (paid), looked into the bank account (no royalty check likely in the foreseeable future) I decided a top up was in order. Hence every state and territory (one twice, one three times) in a few months. Still miles off reaching platinum so the first class lounge which was available last year looks sadly out of reach. This is particularly critical at Heathrow after a 24 hour flight – the champagne bar definitely adds zest to the last hop to Paris.

As you can gather I travel a lot – not just for business but pleasure as well, and have lived in France and the USA. It makes a great background for writing. Embedded which came out as an EBook in October 2011 and comes out in print February 2012 starts in New York near where I lived in Chelsea but moves to Sydney (Point Piper where I have also rented once but now sadly couldn’t afford) and also includes a visit to Argentina, home of the male lead (I’ve only visited but the first Tango scene in the book really happened). Stephanie, the investigative journalist heroine moves to France and Spain filming the Camino walk in the next book I’ve almost finished! In the interim I’ve had one short erotic story published (Heat Wave ’76) and another one about to be with Stringybark publishers.

The stories are written for women, but ladies, read it to your men! I have put several chapters past the men in my life (no, not my son or father) and the response has been very favorable.  When sitting in a spa tub with two guys reading about the threesome…well let’s just say that ‘Miguel’ (see Embedded – though this guy is somewhere between Miguel and Tim) found it did all it was meant to…

You can learn more about Simone on her website
www.simonesinna.com