I was debating coming back here today with Steve. After he spilled the beans about how we met so many years ago, I’m not sure I want to be around when he lets more secrets out of the bag. Not that I’m worried my husband will find out about anything. I told him long ago about Steve and what we had together. I had to. Liam is my biggest cheerleader and I bounce ideas off of him. How would you think he would take it if I didn’t tell him about Mr. Vegas?  Honestly, it was Liam who convinced me to come back today and finish the interview with Steve. When the love of your life says you should do something, it’s probably best to do it, no? 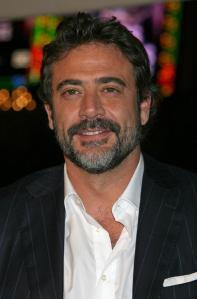 So here we are once again for another day of the Wicked After Dark Halloween Blog Hop. Many of you have taken advantage of the Rafflecopter and accumulated tons of entries in my contest for that naught prize package. Not sure what the prize looks like? Well, click HERE and it will take you back to the first post of the hop where I posted a picture of the items. Go on. I’ll wait for you.

Well, don’t wait too long. We’ve got a lot of ground to cover today. As for spilling the beans, I’m sure more than a few of your fans have already figured out that you and I have a past, darlin’. Instead of trying to ignore it, why don’t you just go with it. 😉

(there he goes again! It’s going to be another long interview!)  As far as I knew, I was going with it and keeping you in the series. There was a time I was going to write you out. I was going to make you a tragic hero.

You were going to bump me off? Are you still upset with me that I didn’t tell Quinn about my illness sooner? You know it was the right decision at the time. I wasn’t sick and had been in remission for over ten years at that point.

I know. You were going to have a bad car accident and die of your injuries. Quinn was going to show up with Jacob and the gang and sing to you as you passed on. Unbeknownst to her, you had left your entire empire to her because—

But she did know. I told her about the change of my will. She didn’t like it one bit. She didn’t want to talk about me leaving her any time soon. That should have told you right there I made the right decision not to tell her about the Non-Hodgkin’s Lymphoma.

Okay, I’ll give you that but you had to come clean about it when you got sick again. For a minute there, I thought you were going to go ahead and try to die on us anyway. You knew you couldn’t do that. Romance novels are required to have a happily ever after and my publisher would never allow me to kill you off anyway. What were you thinking skipping out on your doctor’s appointments like that?

As you recall, there was a lot going on around that time. I had a lot invested in getting Quinn and Jacob together. I guess I just got caught up in all the fun. I didn’t notice how run down I was getting until it was nearly too late. Lucky for me, the rest of the gang all had their blood tested to see if they could donate bone marrow. No one was more surprised than I was who matched.

I thought it would be a fun twist to have Jacob or Eric as donors, but that would make your relationship with Quinn even more complicated. Instead we were all surprised that Derek Quartermarsh matched you close enough he could be your sibling. Are you holding out on me here, Mr. Eischer?

Let’s just say I’m looking in to it. Derek was in foster care for all of his childhood. He was adopted by the Quartermarshs as an adult. It’s possible we could be related. There’s a lot about my parents I don’t know. My father kept many things from my older brother and me after my mother died.   So how was it for you to write those scenes? Your dad passed away like Quinn’s because of Non-Hodgkin’s, didn’t he?

Yeah. He took eighteen rounds of chemo and still it thumbed it’s nose up at him. He left us ten months after he was diagnosed.

(Steve took both of my hands into his and squeezed tightly.) Just like Quinn’s dad?

Uh huh. Having to write the scenes where she is mourning Daniel’s death in The Island were hard enough, but having her talk about her dad’s death in the first book was difficult. Daniel talks about it again in The Island. He knows that his father is going to be taken away from their family. He’s torn because he can’t do anything to stop it. He is given the job of watching over you and Derek to be sure you both will be there for Quinn when she needs you the most.

Did you have anyone like me or Derek to turn to when your dad died? Besides your family I mean.

Here’s where you’re going to say Quinn and I are the same person. I did what she did. I buried all that pain and threw myself into my work. I shut myself off. I was in a marriage to a person who was more like a friendly roommate than a husband. It’s not his fault. We just didn’t mesh that way I guess. Living 2500 miles away from my family didn’t help.  Can we talk more about Quinn and Jake, please?

You mentioned yesterday that you liked the way I enjoy fulfilling the dreams and fantasies of others. I wanted to thank you for giving me the chance to do that with the others in the Now and Forever series. Without Quinn and her sister Miranda walking into Saints and Sinners that night, I never would have met so many people I wanted to have in my life. Not only did I finally learn to take time away from work and enjoy all that my empire has given me, I get to share it with so many people.

(Steve’s chest rumbled with soft laughter.) Oh you know me. I’ll have my hands in everything, but I hear that Quinn’s cousin Samantha is not only a veterinarian, but she’s looking to publish her first novel. I just may have to introduce her to my first wife. She’s the acquisitions editor over at Sassy Vixen Publishing.  😉

There you go again. Making sure you end up in books 4 and 5. Well, no matter. I’ve got a surprise for you in book 4.

Are you going to introduce me to my always and forever? You know I only have eyes for you, darlin’. No point trying to hook me up with anyone else.

Didn’t you learn anything from the visit from Lady Fate and the Guardians? You will be with your heart and soul very soon, Steve. You know the feeling that hits you when you lock eyes with your soul mate?

I’ve heard it described, but never had it happen to me that way. Jake’s brother Eric called it being thunderstruck. That’s how he described what he saw between Quinn and Jake on the dance floor. I saw it again between Eric and Quinn’s friend Jillian. It’s powerful enough that everyone around them can feel the attraction between them.

Well, hold onto your britches, Mr. Eischer. You are about to be thunderstruck very soon. And yes, you will meet her because of Quinn’s family. I should say because of your family. Didn’t both the Quartermarsh and Hartley clans unofficially adopt you?

Let’s say it was more I adopted them first and they had very little choice but to go with it!

Well, thank you so much for sharing more with me today. I have to admit it wasn’t as bad as I thought it was going to be after yesterday. I’ll let you get back to running your empire now, but the invitation is open for you to come back any time.

Well, if things go as you say they will I’ll just have to take you up on that. I’ll bring my lady love with me next time.

For the rest of you, don’t forget to get your entries in the Rafflecopter and check out a few more of the other participants in this hop. As mentioned in other posts, my sister blog Sassy Vixen Publishing is also participating. Stop in there and talk more with the Guardian Michael Hartley.

Tomorrow Quinn and Jacob make an appearance. You don’t want to miss that!