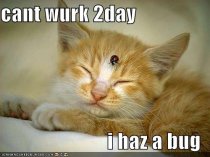 Welcome back to Behind Closed Doors. This week has been a a whirlwind to say the least. Getting sidelined with a virus wasn’t in the plans at all, but here we are just the same. Many items on my “To Do” list have had to be postponed a few days while I get back on track, but there is one thing I had to come out of my sick bed to address.  You know I can’t sit back and not comment when authors behave badly. I just find the whole thing sad and more than a little disheartening.

Goodreads is yet again in the middle of the quagmire. Apparently, an individual has opened no less than 153 fake/sockpuppet accounts. All of them gave high ratings to one particular book and then proceeded to attack the “competition” with one star ratings.  To add further insult, these 153 accounts all mysteriously voted for the same book on a few of the lists, bringing it to number one.  Now, all of this is done in the three days since the book was released.  For more details, please check out this article by Travis Luedke, complete with screen shot of the fake accounts.

This is not a new trend. There are many others doing the same thing. It was one of the reasons Amazon started removing author written reviews from their site. One unscrupulous author created multiple accounts, gave himself 5 star reviews and then trashed his “competition.”  Now because of that man, readers who also happen to be authors, may have their reviews of books removed even if they are raving 4 and 5 stars.   I know of at least one other person, a former connection on Facebook, who has done the same thing. She has created at least ten other accounts and continues to give low ratings to those authors she has a beef with or she feels are her direct competition.

This whole thing boggles my mind. We’re supposed to be professionals and it appears many of our community are not.  While it looks like the “crimes” are being perpetrated by a “newbie” authors, there are a few instances where it’s been done by authors who have a few books under their belt.  While I’m just as angry at this behavior as anyone, I find another feeling crop up.  I’m in awe of them actually. How do they find the time to create all these accounts then go around and rate, review and vote to bring their peers down and push themselves up the ranks?  It’s all I can do to juggle real life issues in order to find any little bit of time to write.  Maybe instead of using their time to commit fraud, they could oh I don’t know, WRITE ANOTHER BOOK?

The flip side of this drama? It takes our attention away from our writing and networking. Who the hell has the time or the energy to go after these idiots? I would much rather spend my time writing then be worried about these trolls. Yes it hurts like hell when they attack your work. I’ve had it done to me and you better believe I flipped out.  I complained about it in private and a little bit online, but then let it go.  Yes, report these deceptive and fraudulent accounts to the admins of the sites involved. Keep reporting them.  The more complaints logged, the sooner the investigation can take place and the offenders removed and banned. 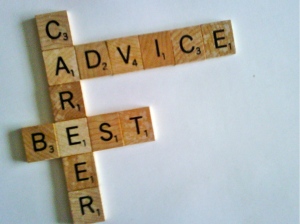 My advice to my author friends: don’t let the actions of a few idiots take you away from your writing. Don’t get caught up in the intrigue and media firestorm that will no doubt surround all of this…and there will be a HUGE backlash in this one case of the 153 plus accounts.   The author, blogger and reader community is always on guard for this sort of thing.

My question to the person or persons who set up the whole thing: did you really think you’d get away with it?  I mean, COME ON!!! Readers caught other authors low balling authors from the same publishing house, It was another reader who found the author who plagiarized the work of several authors in one book and tried to pass it off as his/her own.  It’s readers and fans of authors who have rallied and come to the defense of their favorite writers when it appears they’ve been attacked unjustly.  Think about what you’re doing to your own career. Is getting to the top of a list on Goodreads important enough to throw it all away?