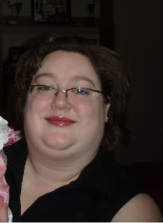 Welcome to Oh My! Monday here at Behind Closed Doors. I have a very special treat today. Many of you know that my friend and fellow author Tara S. Wood has been a recent guest on my sister blogs Sassy Vixen Publishing and The House of Taboo to celebrate the April 1st release of Lucius the first book in The Fallen series. We had such a great time surprising her with two special guests at The House of Taboo, that my alter egos and I thought it would be fun to ask one of the surprises to join me here today. It seems that the lovely Tara had such a marvelous time with Lia, myself, Michael Fassbender and Tom Hiddleston last weekend, that she nearly missed her release party celebrations…

Okay, she wasn’t too late for them, just a couple hours. Michael, Lia and I blamed it on Tom.  When he asked Tara to be his escort for another night on the town, how was she to say no? He is her favorite after all. That part didn’t sit very well with Michael and it took another wild night at The House of Taboo to make it up to him…and Tara’s promise to spend a night out with him the next time he made it to The Temptations Resort.  Right now, Temptations is only open to authors and a few special guests, but later this year it will be open to the “public.” (readers and fans that is!)

Meanwhile, Tom felt so guilty about making Tara nearly miss her release party he agreed to join me here today and read the very same excerpt he read for all of us on Taboo’s Center Stage just over a week ago. So without further adieu, I’ll turn over the blog to Hiddles…errr…Tom Hiddleston.  😉

The need to be inside her was staggering now that he was naked. He wanted to go slow, to savor this moment, to bring her to the edge over and over again until she shattered with the force of it. Hunger clawed at him with every touch of her lips and hands on his body. She was doing the teasing, stoking the fires of his desire to a fever pitch and doing her best to damn him with sensation. His wings burned and itched under her touch, rippling with a life of their own. Muscles long out of use throbbed and surged beneath his skin. He couldn’t take much more of this.

“Persephone,” he panted, “I-I can’t-” He plunged a finger inside her and groaned, the slick folds parting with an ease that had him dying for more. Lucius heard her suck in a breath.

“God, please!”
He’d thought touching her would satiate the need to be inside her. His mind reeled at the hoarse sounds coming from her throat as he stroked the softness of her sex and knew he would never be satisfied. Ever.

Her breath came in shallow little gasps while she bucked under the cadence of his hand. His body hardened in response as he felt her tense under the strain. She was wound tight like a spring, ready to explode. He would take her there if it killed him.

Her head thrashed on the pillow and she grabbed at him with furious hands, her lovely face awash with pleasure. Beads of sweat broke out on his body as he gritted his teeth and tried to ignore the rock hard pulsing of his cock.

“Please, Lucius. More…I need…” Her voice was pleading. Lucius drove his fingers faster, sinking into her, drawing out her desire. He felt her snap and she cried out his name as her back arched in climax, her body jerking its release.

He held her close, whispering soothing words over the curve of her ear, but she wasn’t finished. Her hungry hands reached for him again, and he gasped as she found his hard length and wrapped her hand around it.

“I want you inside me. I want to feel you,” she whispered. 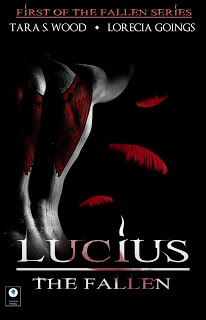 He was lost. Lucius spread her legs with his knee and positioned himself at her center. He growled, “Mine” again, and thrust hard, joining them deep. She absorbed the shock and hung on, urging him higher. Persephone’s body wrapped around his as if they were made for each other, locked together in a perfect fit.

At their joining, the wings on his back blazed hotter, the fire spreading through his limbs. He felt them shift and pull as if they were trying to break free from his earthbound form and unfurl into the night. They roiled under the surface of his skin, threatening to pierce their way out. He groaned louder, her sweet little body taking all of him and clasping so tightly he could barely breathe. He wanted to fly. His skin crawled with it. With each pounding thrust he could feel it, and the pain of his wings hissed and fought with the pleasure of his body. He wanted to soar.

Persephone’s soft moans and gasps fueled his desire, rocketing it forward, and he could no longer hold back. His hips pistoned back and forth, rocking her against the mattress, each satiny stroke destroying his sanity. Somewhere in the distance, he heard her call his name and felt her tense again. Her second orgasm drove him over the edge, the contractions of her sex triggering his blinding response. The explosion nearly knocked him over and everything went white. His balls tightened and his body flexed, and Lucius threw back his head and shouted in triumph. He was flying. After all this time, he was flying.

Thank you for stopping in today, Tom! I have to say, on behalf of myself, Lia and even Michael this makes up for monopolizing Tara’s entire night!

I hope you enjoyed that and make sure you get a copy of this FABULOUS book for your very own. Here’s where you can find it and more about Tara.

2 thoughts on “Oh My! @twoodwriter and Her Fallen Angel #Lucius Find Heaven On Earth”